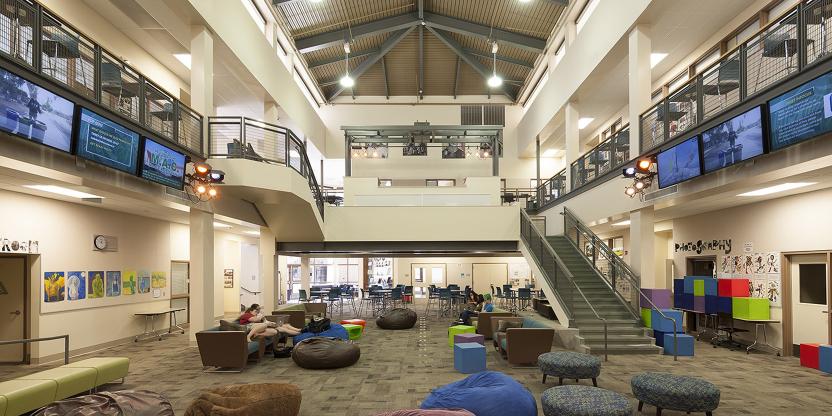 Beginning with a
question.
A landmark institution defines the future of media arts.
21st-century journalism.
Affectionately nicknamed “Paly,” Palo Alto High School is a landmark institution with a long history of graduating notable artists, reporters and technology innovators. Following the passage of a $378 million Strong Schools Bond, former Paly journalism advisers pitched the concept of adding a media arts center to the campus. The inspiration for the project arose from a single question: “What is the newsroom/classroom of the future going to look like?”

Envisioned as a public gathering space as well as educational facility, the Center frequently hosts community events, including debates, lectures, film festivals and conferences—cementing its central position both on Paly’s campus, and within the community at large. 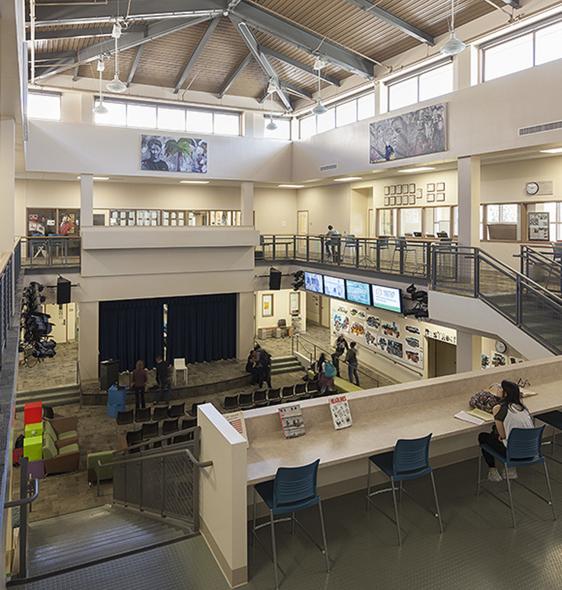 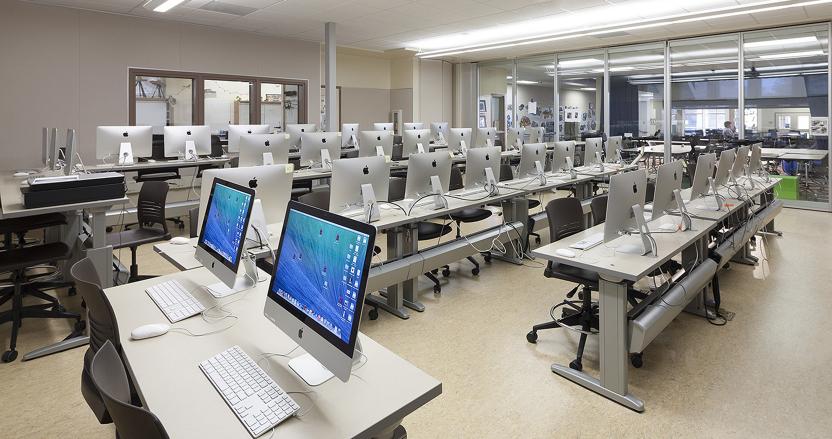 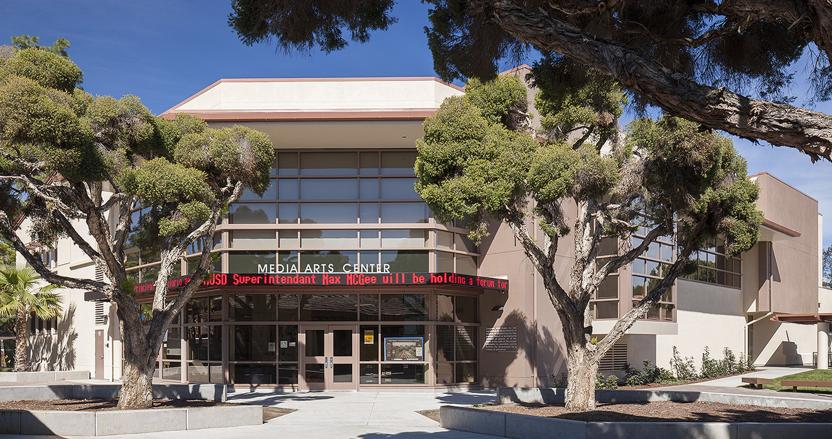 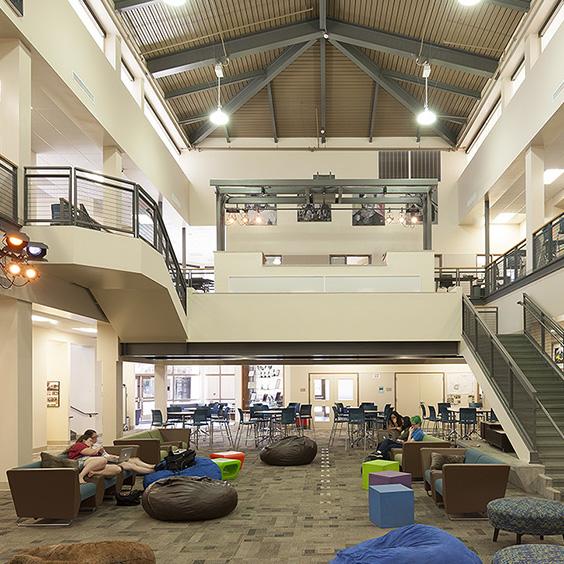