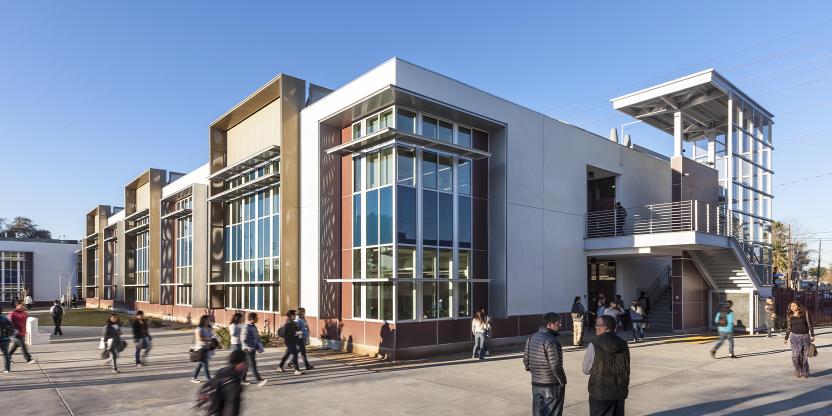 Building connections.
A new Math and Science Building integrates nature and connects a campus.
Bridging curriculum.
Colton High School's Math and Science Building creates a gateway for the adjacent campus with a stair tower becoming a landmark for the campus as a whole. The building had to be oriented east and west so the glazing wraps the corners of the buildings. The glazing has a strong vertical orientation with light shelves and vertical fins to reduce glare and maximize daylight.

The new building is a two-story, 50,000 square foot structure laid in an 'L' shaped configuration. It consists of a primary wing connected by a bridge, elevator, and the stair component. The two winds have classrooms on either side of a central corridor. Light and ventilation scoops along the roof allow the central hallways to be naturally ventilated.

The south facing wing of the building is shaped to wrap around an existing mature oak tree so there is an additional small courtyard along the street as well as a new quadrangle shaped by the L-configuration flanking its south and west sides.
Results
The Science wing is oriented on a north-south axis containing with twelve classrooms at 960 square feet and and four 360 square foot prep rooms.
The math wing is oriented on an east-west axis and contains six classrooms at 960 square feet each.
The bridge has a canopy consisting of exposed cantilevered steel beams with a corrugated metal roof. 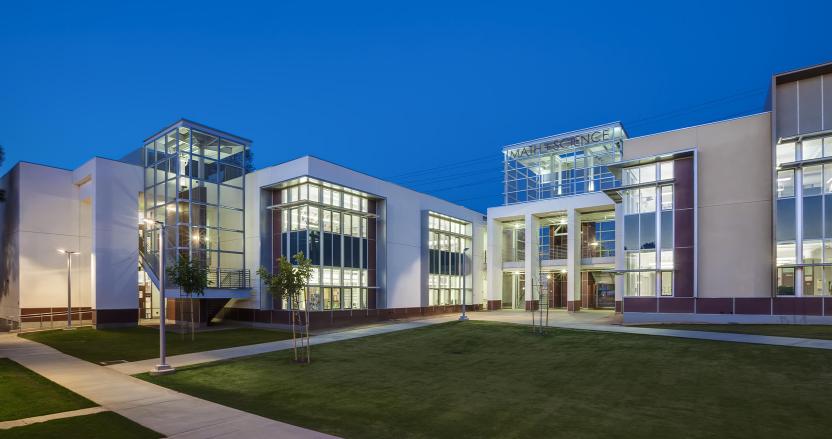 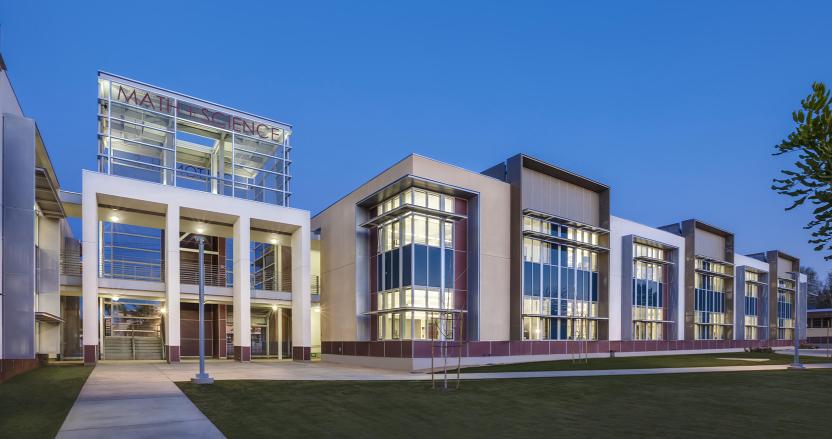 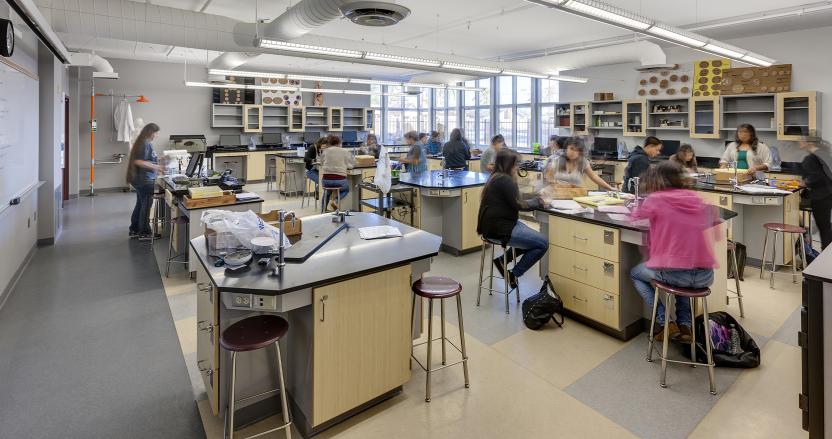 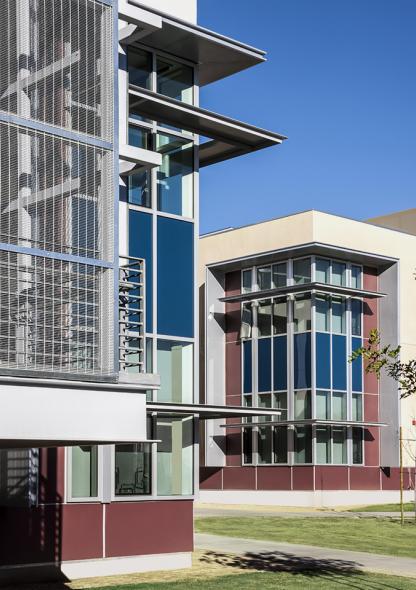 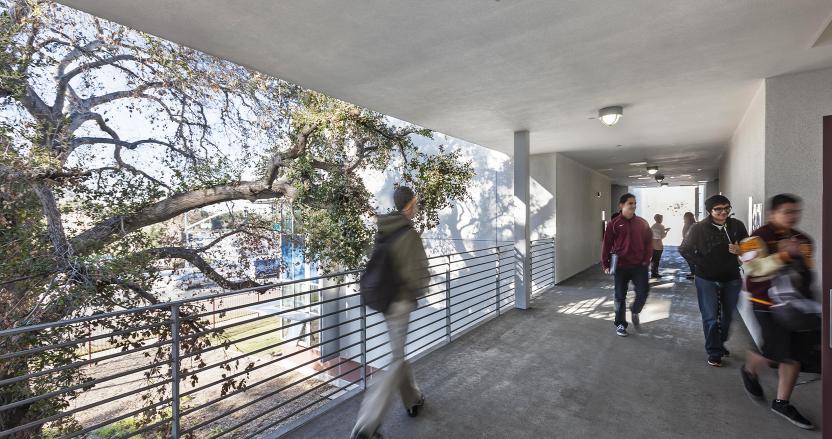 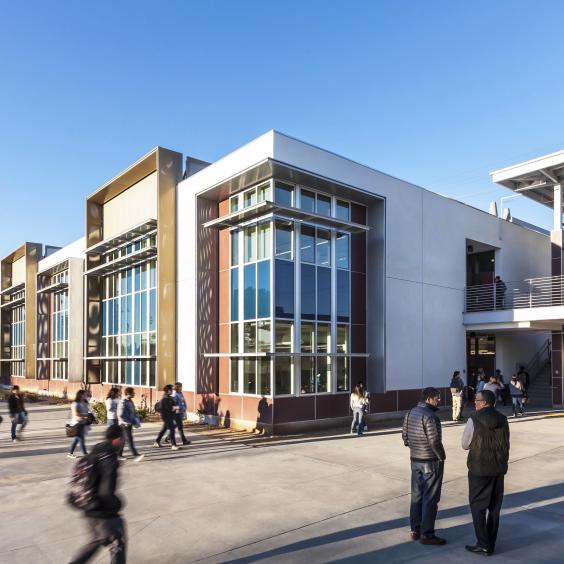 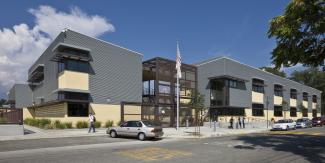 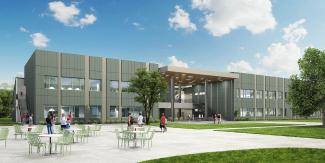