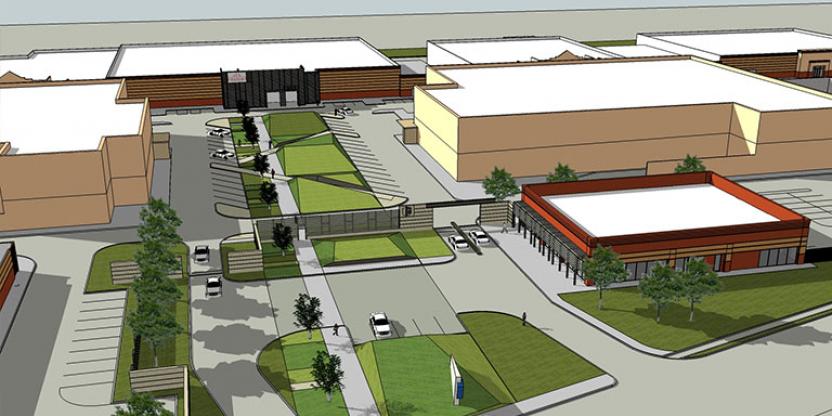 0 + 2 = 3.
Thoughtful planning transforms a vacant plaza into an efficient data center campus.
A new identity.
Digital Realty purchased a defunct first-generation shopping center and converted one of the existing shells into a data center. An important question arose: how can they maximize the use of the property with large parking lots ringed with empty shells?

HED devised a master plan that addressed site utilization and site access for staff, visitors, and service, as well as site security. In response to existing road systems and buildings, a new set of secure site entry points was identified. Smaller buildings were slated for demolition, opening portions of the perimeter for easier access. This minimized the number of secure check points while enabling the site to be served by vehicles of all sizes.

The site center had originally been occupied by a large parking lot. In its place, the master plan placed two large, newly built, multi-pod data centers, creating space in the perimeter for vehicular circulation and parking. This was designed around Digital Realty standards to maximize capacity. The new secure entry portal was aligned with the open space between the two new data centers, creating a campus identity. 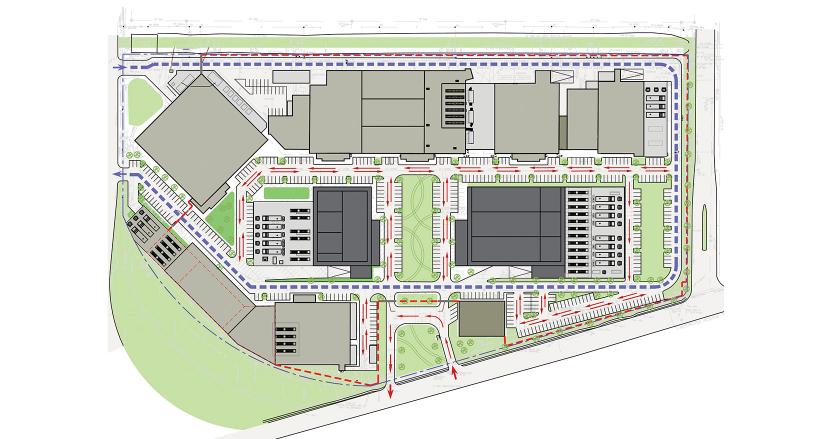 The master plan offers minimized secure access points as well as eased perimeter navigation for vehicles of all sizes. The two new data center structures placed in the center benefit from this new layout, proving ease of access for staff, service and security. 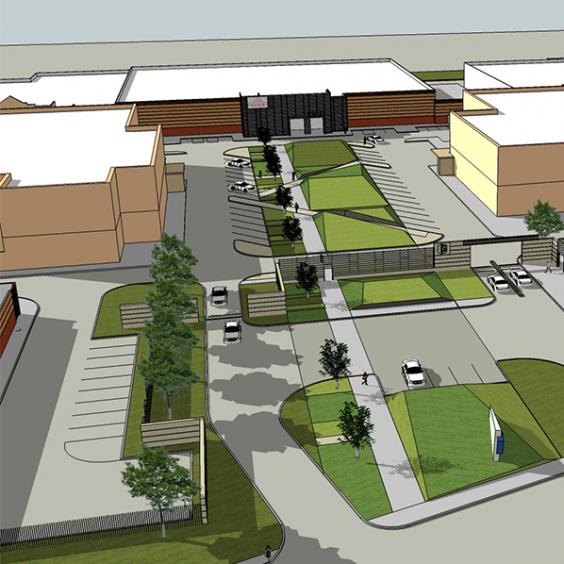