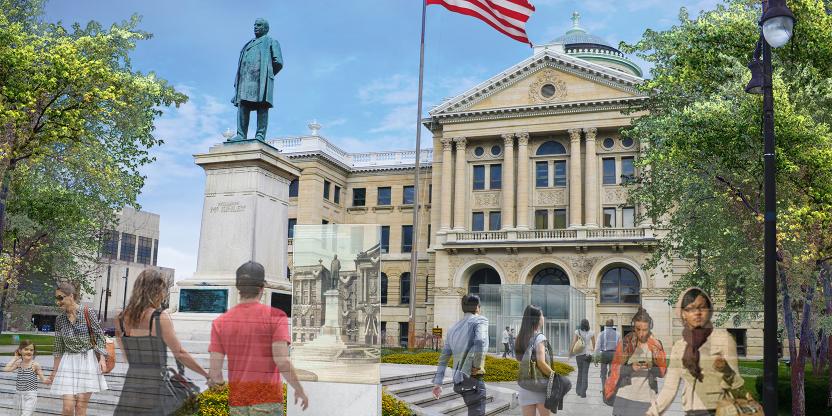 A renewed vision.
A bold reimagining paves the way for rehabilitation.
Renovation meets storytelling
Designed by David L. Stine, The Lucas County Courthouse has been in operation since its opening in 1897 and has been on the National Register of Historic Places since 1973. To revitalize it for continued use, The Lucas County Courthouse Alliance (LCCA) created a plan to rehabilitate the “People’s House of Justice,” as it refers to the historic facility. For over a century, the interiors had not been built out past modest flat plaster walls, minimal detail, and white paint, leaving the public spaces to feel uninviting and institutional. Their ambitious plan set out not only to effect needed repairs, but also give the building an interior identity.

The LCCA selected HED to provide a vision of what the interiors of the building could become. Working with a prominent Toledo historian, the project had two objectives: to showcase interior finish renovations based on historical precedents, and to provide integrated storytelling throughout the facility.

HED’s vision centered on inviting the community to become a part of the county’s judicial process through an enriched visitor experience. The overall storytelling approach was broken down by floor, including the exterior waysides where visitors first experience the story of the building’s origins though interpretive installations. The story then continues inside under the heading of “Rising from the Great Black Swamp,” a reference to the history of Toledo itself. Statues of Truth and Justice flank the stairway to the second level which focuses on Lucas County history, featuring a central wayfinding kiosk and donor wall. The third level tells the story of Justice, and the fourth floor -- housing the courtrooms -- focuses on “Civic Responsibility and You.” Each of these floors is visually connected through use of large-scale murals supporting the themes of the levels with new, historically inspired finishes. 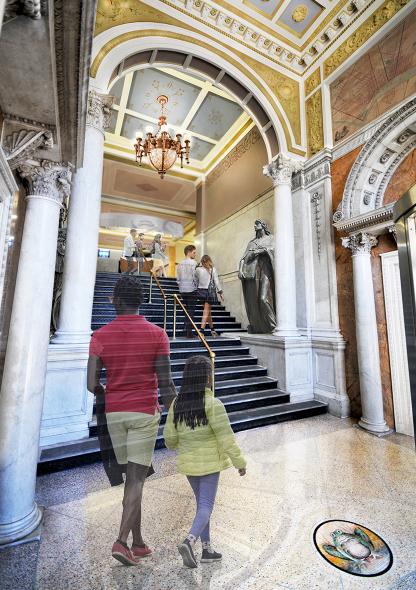 The main entrance to the historic courthouse is reimagined to receive both a period restoration effort as well as storytelling elements. 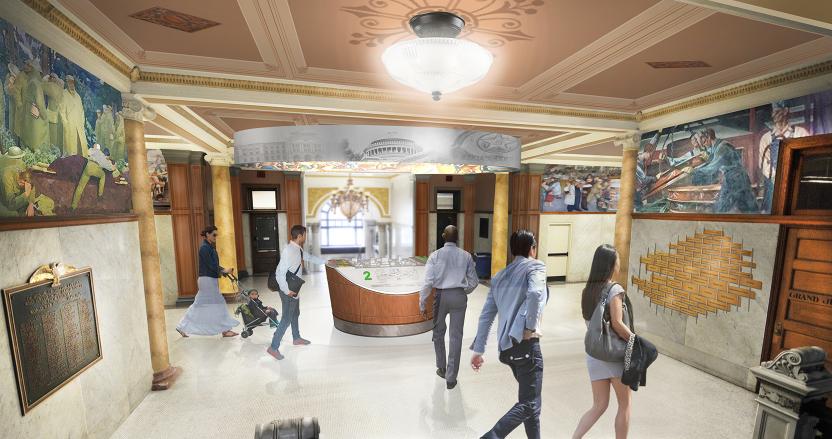 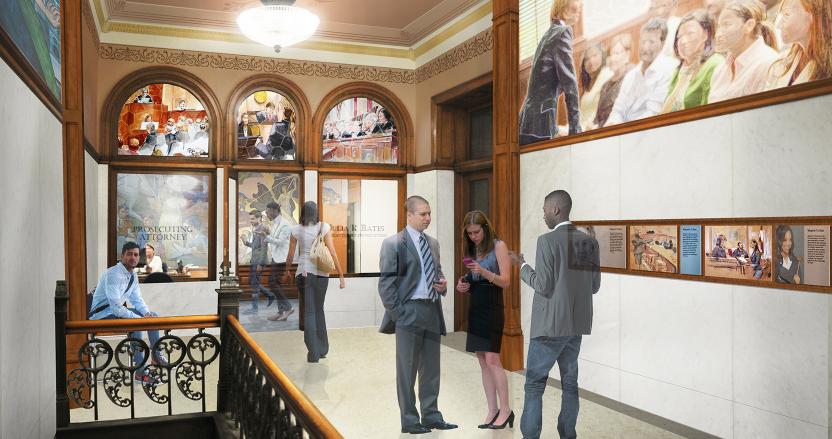 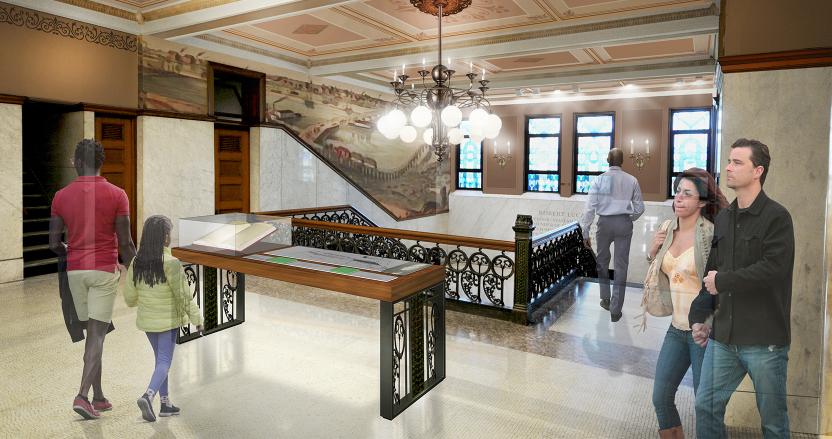 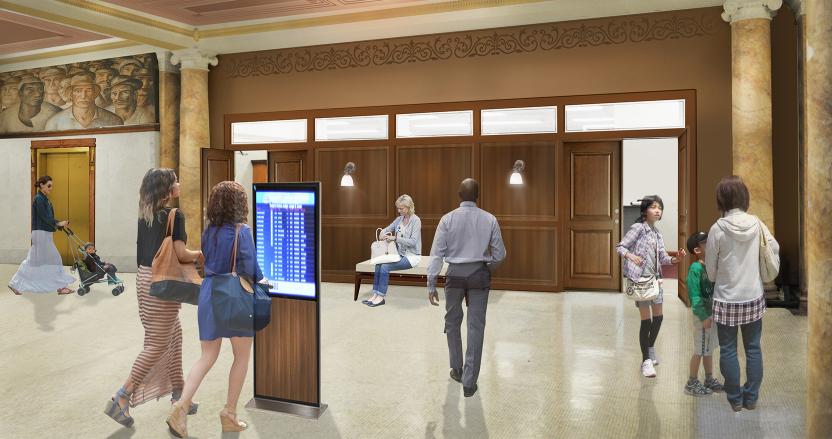 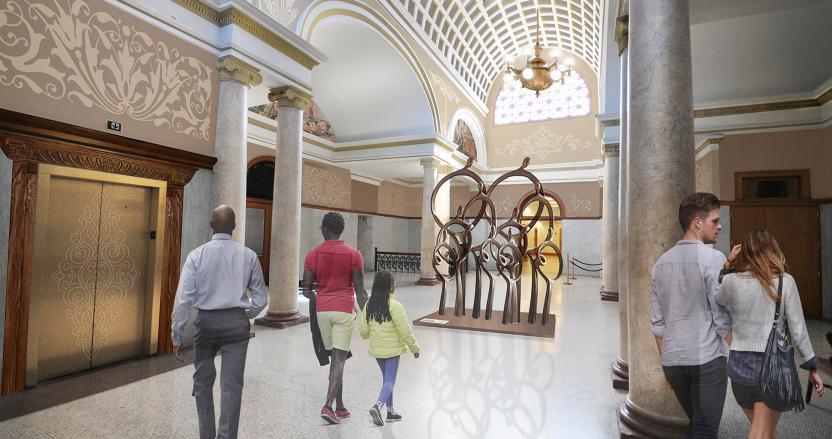 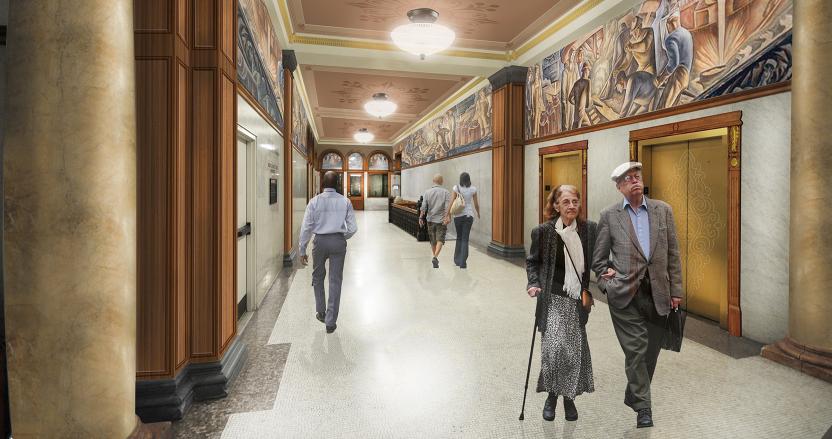 /7
1
2
3
4
5
6
7
Results
The overall storytelling approach was broken down by floor, including the exterior waysides where visitors first experience the story of the building’s origins though interpretive installations.
Each floor is visually connected through use of large scale murals supporting the themes of the individual levels and new, historically-inspired finishes.
Project Data
Rehabilitation and Placemaking 2019-05851-000
Lucas County Courthouse
Toldedo, Ohio 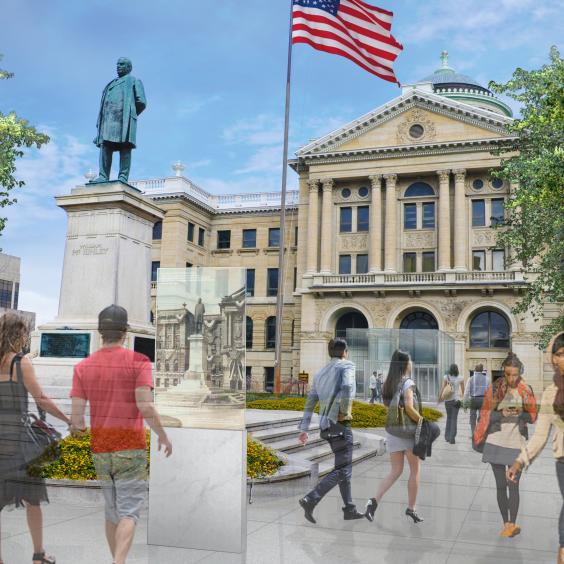 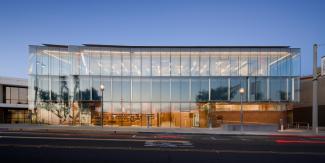 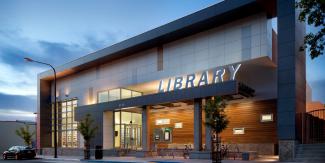