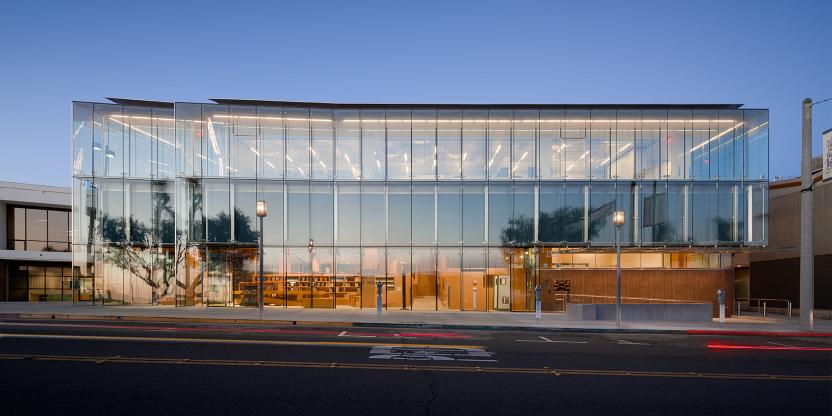 Double skin facade.
An intricately-engineered exterior renews a 1910 library.
Panoramic views without energy penalty
Founded in 1910, Manhattan Beach Library is one of the oldest continuous libraries in the Los Angeles Public Library system. As Executive Architect, we partnered with Design Architect Johnson Favaro to build a structure that meets the evolving needs of its surrounding community.
The design is an example of a successful integration of building design and systems. HED modeled a double-layer (double-skin) façade system which is a common European technique that is still cutting edge in the United States. Treating this double façade like a giant air plenum, the design re-uses rather than expels the heat from the conditioned exhaust air, circulating it within the double façade, reducing cooling and heating load needs. This allows for large expanses of glazing with a high degree of transparency without a major energy penalty. 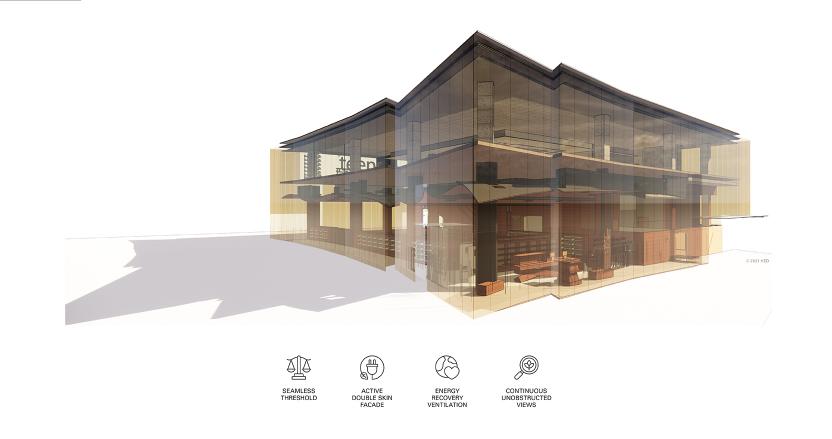 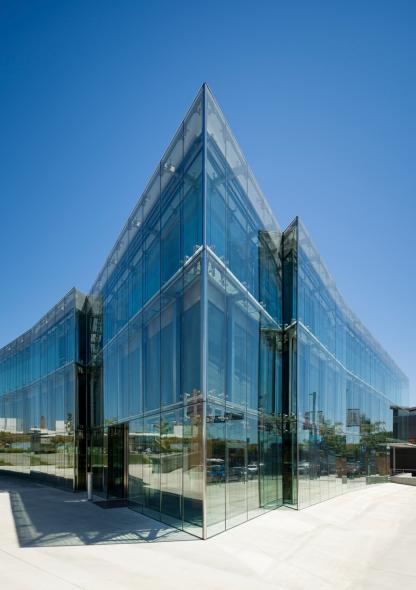 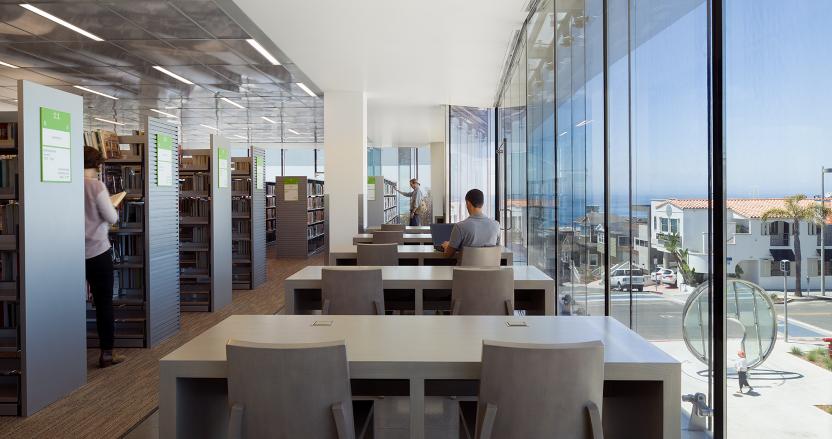 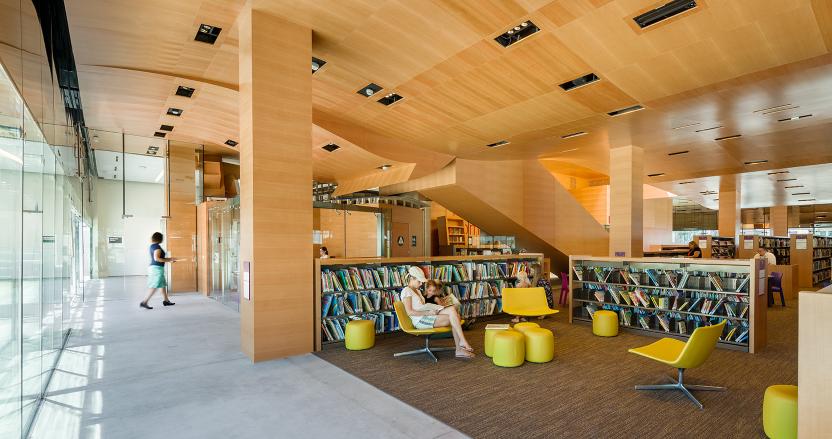 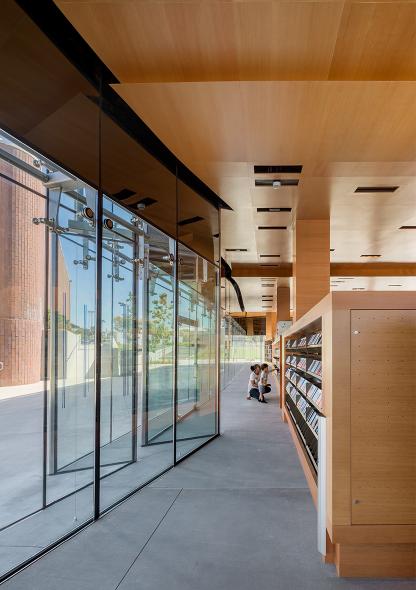 /5
1
2
3
4
5
Results
LEED Gold certified.
An active double skin façade is an innovative technology mostly seen in Europe where energy costs have been exorbitant for decades.
Reduced energy consumption and maintenance cost by eliminating the need for a perimeter heating system while providing unobstructed views to the ocean.
The transparency of the building situates the building in the micro-climate of the coast where the ocean and moisture in the air causes changing qualities of light throughout the days and seasons to sometimes amazing effect.
Careful minimalist detailing allow for a striking visual presence without compromising the integrity of the thermal envelope.
A prominent position on a main thoroughfare welcomes the community and allows this unique building to serve as a teaching tool about sustainable design.
With compact development of the library, new open space (grass and trees) was created at the heart of the civic center. This space features a gentle slope to create a modest amphitheater for outdoor community performances and events of all kinds.
Project Data
Manhattan Beach Library 2012-01254-000
CW Driver Companies (Driver Urban)
Manhattan Beach, CA 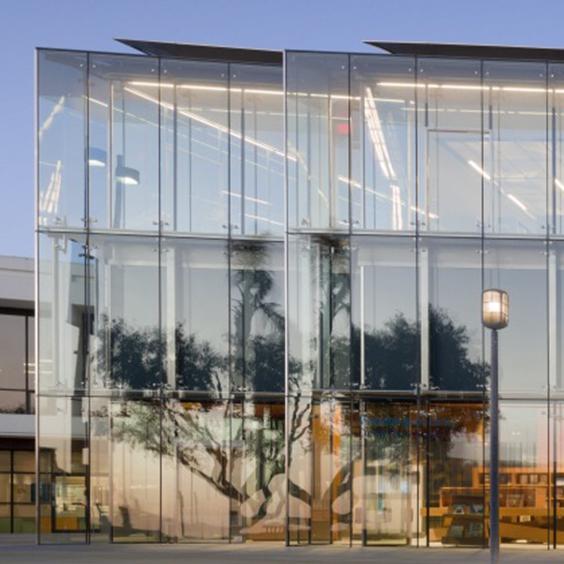 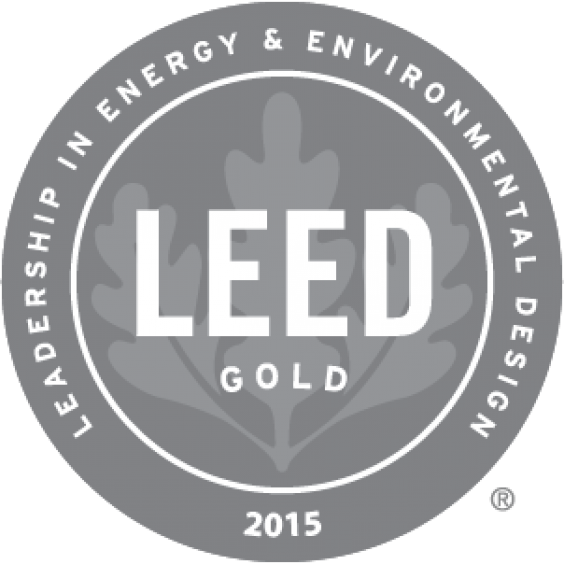