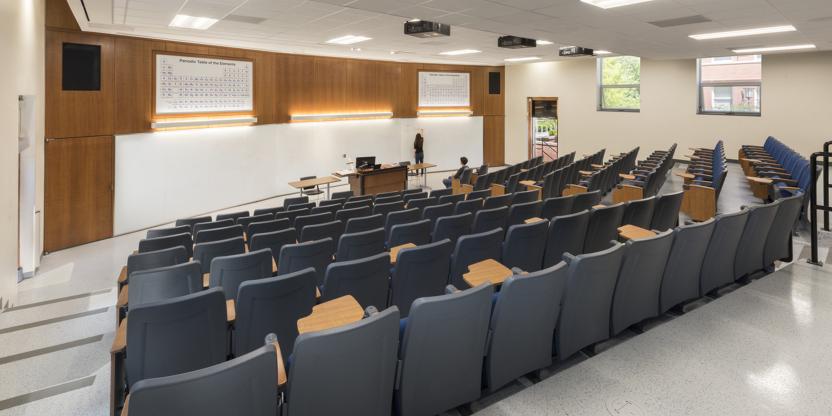 Capturing emissions.
An elegant engineering solution saves a historic laboratory.
A breath of fresh air.
University of Illinois at Urbana-Champaign (UIUC)’s historic chemistry building no longer met the standards of modern science—or the rigors of its top-tier undergraduate chemistry program. Among the ninety-year-old structure’s most pressing challenges was the need for improved ventilation and airflow. In essence, the building needed to breathe, circulating fresh air and removing “fugitive emissions”—the leftover chemicals and odors produced during experiments. Our challenge? Creating an unobtrusive system that could handle heavy ventilation loads while preserving the historic elevation of the original building—without any existing infrastructure.

Solving this challenge meant devising a new solution—one that would put our integrated practice to the test. Beginning with an existing oval work station designed by our architects, our engineers suggested adding a scaled-down modification of the down draft fume systems typically used in industrial ventilation. Using small, inexpensive fans, we adapted the industrial system to blow light jets of air over open beakers, gently pushing chemical fumes toward a low, central vent in the workstation. This system effectively captured fugitive emissions without impeding sightlines, creating noise or relying on strong airflow that would create a noticeable “wind tunnel” effect.

After testing the idea using computational fluid dynamics and developing an initial prototype, we put the new oval air station to the test, with astounding results. An in-lab demonstration with scientists and UIUC leadership revealed three times the rate of capture then vents alone, and was proven safer and more effective than the enclosed labs previously used for hazardous chemical management. Thrilled with the results, UIUC has since installed 56 of the Oval Air Stations.

Currently patent pending, the new Oval Air Station is the culmination of a true partnership between architects and engineers, and is a powerful example of an integrated practice in action. Melding passion and inspiration, design and vision, it offers an elegant solution that not only transformed the renovation of a historic building, but also opened entirely new teaching and research possibilities for UIUC’s prestigious chemistry program. 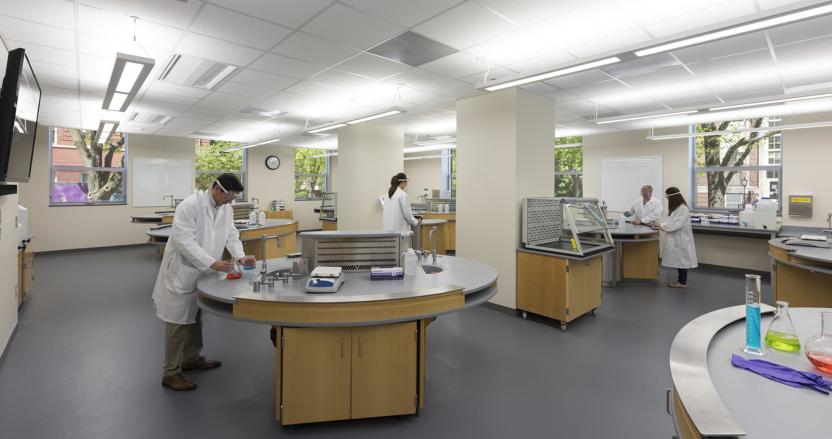 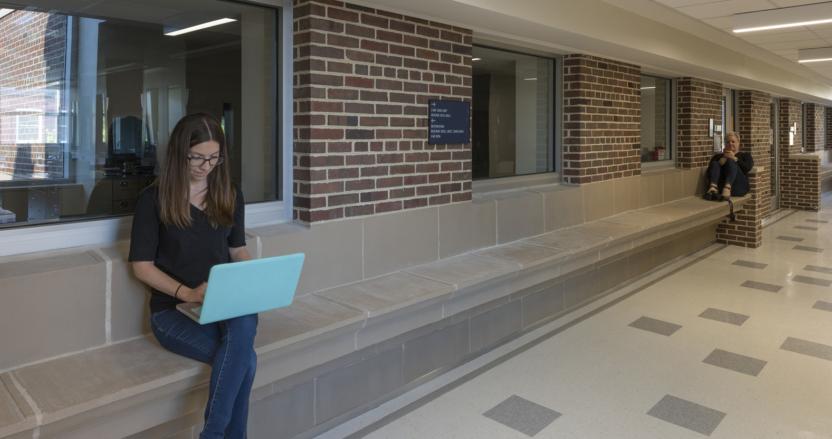 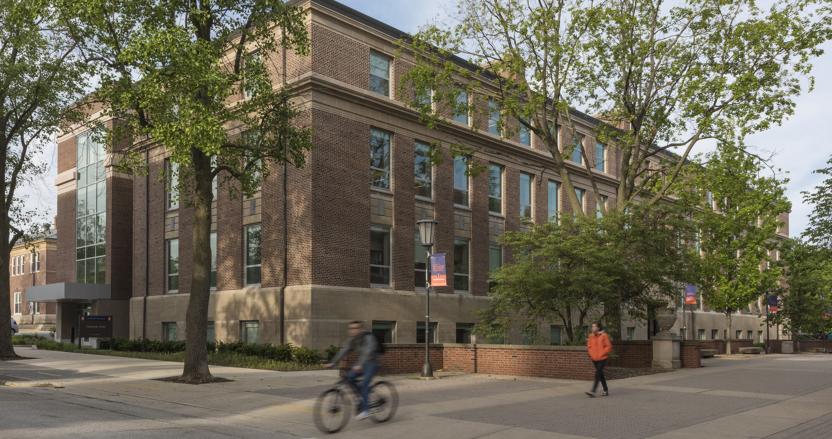 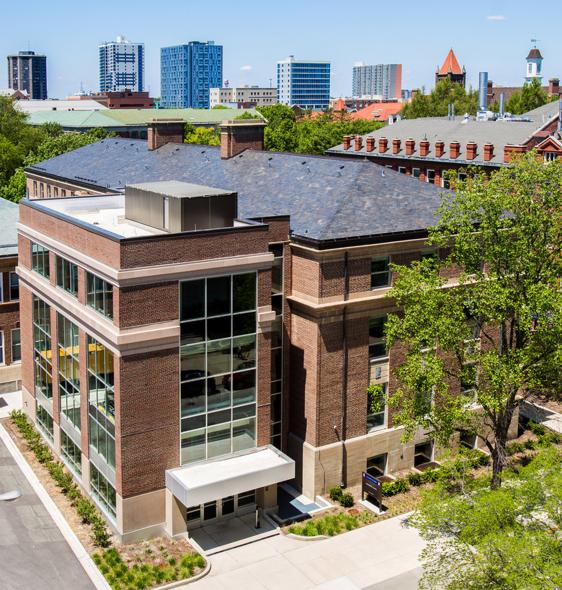 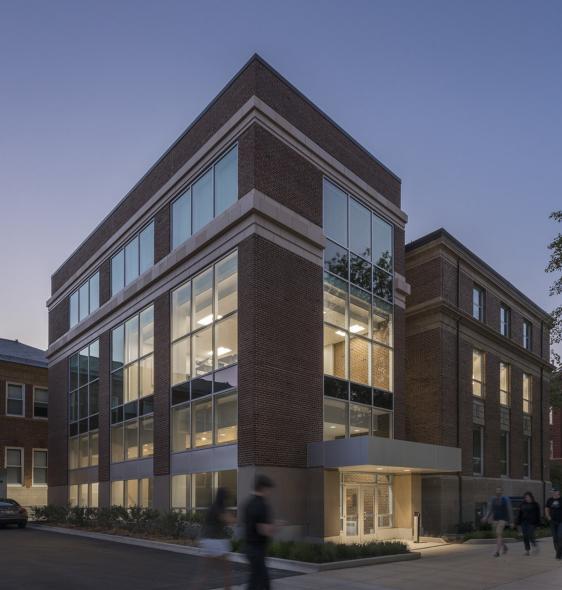 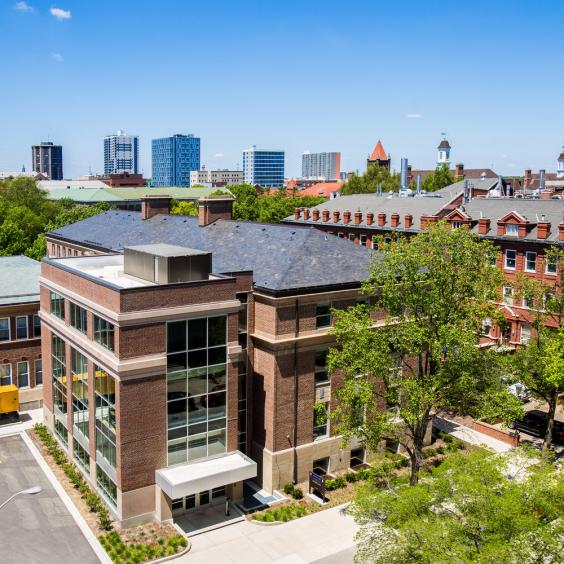 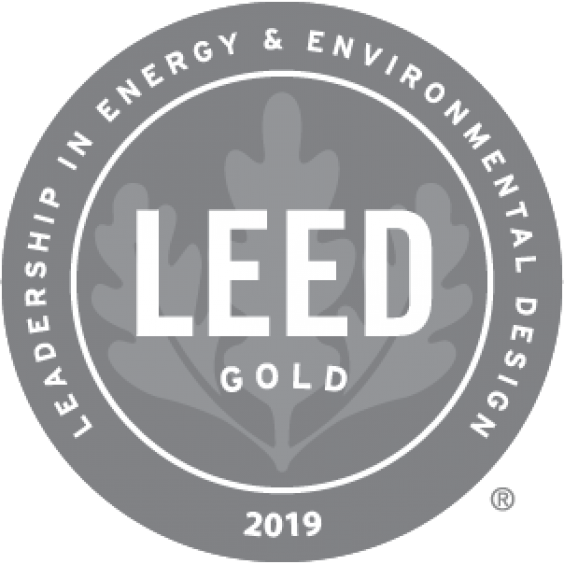 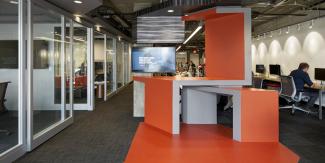 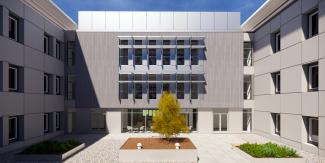