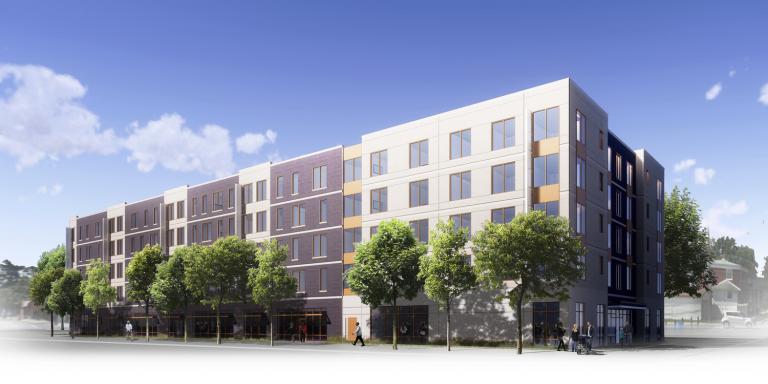 "National conversations in this tumultuous political climate have swirled around suburban affordable housing; for many architects, developers and suburban residents, the question is not about 'if' it belongs outside of cities’ inner cores, but how they can make it happen. For HED, a new project opportunity in Maywood creates a prototype for high-quality, simple and sustainable affordable housing options called Fifth Avenue Apartments. But building this type of sustainable density isn’t without its challenges, and the team has triumphed over the bumps and detours that can arise when building affordably in suburban environments," says Chicago Architect.

"The 72-unit affordable housing project —developed by Interfaith Housing Development Corporation — was selected in 2018 to participate in the Living Building Challenge’s affordable housing pilot program — the only one selected in Illinois. The homes were designed to achieve the program’s criteria, though they were ultimately not able to achieve the certification due to financial and regulatory barriers. However, the design team continued to push for green features: 'The Living Building Challenge is the most extreme green program out there. When you hit a barrier, it becomes an advocacy tool,' explained HED Principal and Sector Leader Susan King, FAIA. 'We are in advocacy mode now. We hit two main barriers, and we are now working to remove them for future projects in Illinois.' The building is energy-efficient and electricity-centric.

Despite the tight budget, the building was conceived as solar ready, and they have been able to incorporate a 24 kW photovoltaic array from contingency dollars. 'We’ve done so much to enhance cost efficiency; we’re using precast for the exterior, but we did not sacrifice durability when it came to the windows, which are wood with aluminum cladding. We seriously considered polished concrete floors as a cost saving measure, but in the end, the developer was concerned about the institutional perception of exposed concrete for this population,' explained King. The first floor will include commercial space that the city hopes a small grocer could move into, helping to solve food accessibility issues prevalent in the area.

Despite difficulties at every step, HED and Interfaith have turned 'advocacy mode' into a working project that will bring much-needed diversity of housing to the neighborhood. 'I’ve been promoting what I call ‘diversity in density,' said King. 'In a neighborhood, there should be a mix of housing. We know diversity builds resiliency; in planning, it should make for better neighborhoods. Maywood needs everything. They need housing, stores, walkability. And this is one dent in the need for housing.'" 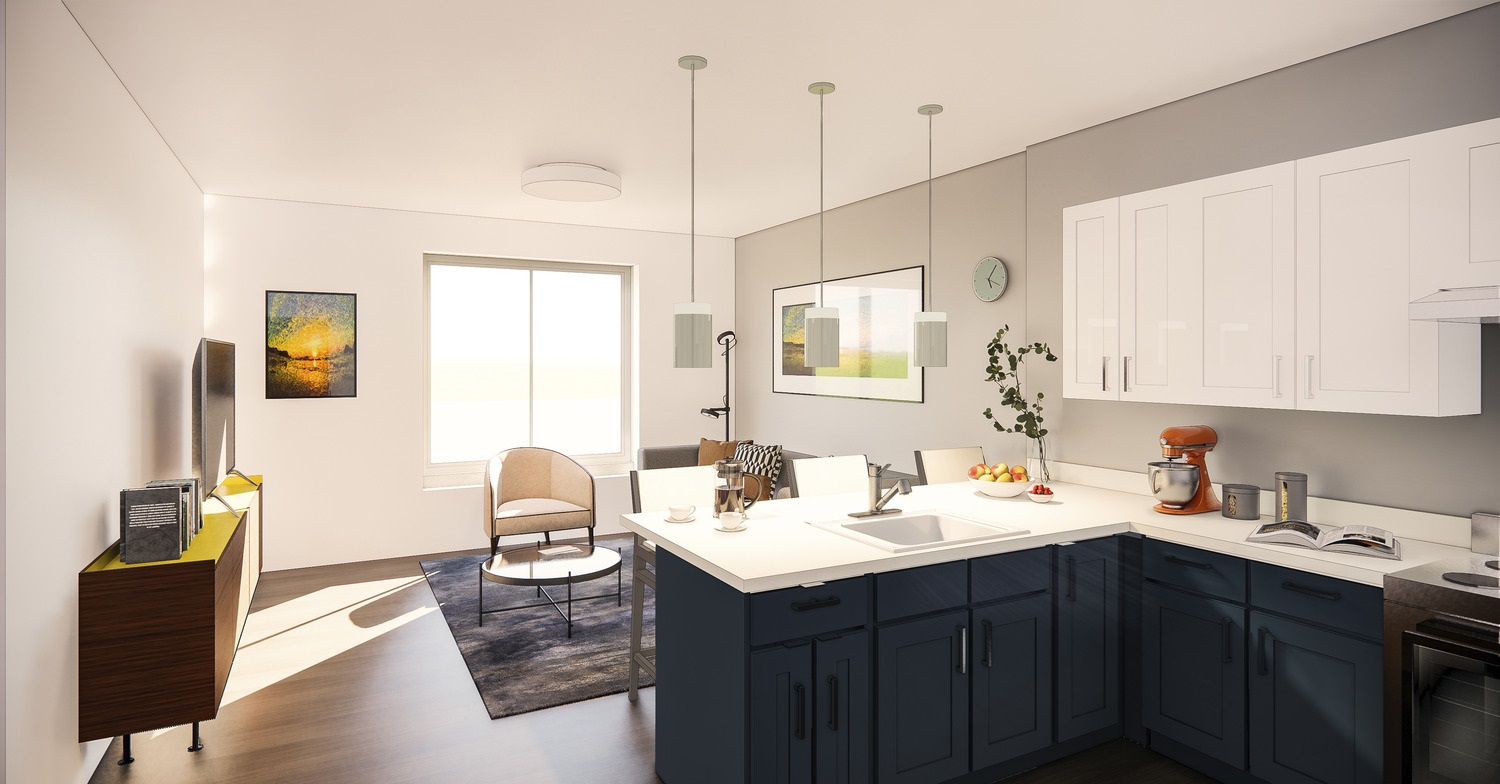