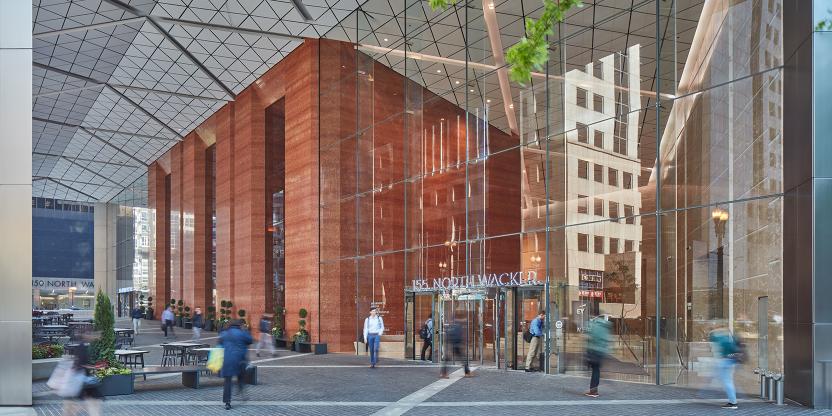 Crystalline transparency.
A distinctive building entrance gets an ultra-modern facelift.
A monumental undertaking
155 North Wacker is a Class A, multi-tenant office tower that is prominently located in downtown Chicago. The building is characterized by its distinctive open base, which is composed of a public, covered 45-foot-tall arcade that runs the length of the south façade and an adjacent 2-story lobby. The stone-clad lobby is visible from the exterior through two, highly transparent walls that blur the boundary between interior and exterior. The original glass walls were cable-supported (or “netwalls”) with tensioned steel cables that provided horizontal and vertical support at the intersections of oversized glass panels. Over time, the netwall system began experiencing excessive deflection, causing four glass panels to fail and the walls to significantly deform inward from their original position.

The building owner decided to replace the existing netwall with a more resilient glass wall system that is equally minimal and transparent. HED worked collaboratively to develop a design that reinforced the building’s original design intent and balanced many risk factors associated with replacing primary building entrances in an occupied office tower. The new design features an all-glass wall system to enclose the monumental openings, approximately 50’x50’. The ultra-clear oversized glass panels are supported by single-piece, full-height glass fins. Connection hardware is only visible on the interior, where the panels connect to the glass fins; the exterior remains a pristine plane of glass that is only articulated by the minimal entrance portals. The entrances are clad in polished metal that reflects the surrounding arcade and lobby, thus reinforcing the minimal design of the glass wall. At the time of construction, the newly installed glass fins were the tallest single-piece glass fins in North America.

Renovating the netwall also provided the building owner with the opportunity to rethink the overall building signage. HED’s experiential graphic design team created balance by providing high visibility signage while using a delicate approach that allows the crystalline transparency of the new netwall to be the hero of the entry. A custom dimensional polished metal sign is paired with a razor-thin entrance portal, reflecting the elegance of the structural glass fins. The signs at both entrances are back-lit to enhance visibility down Wacker Drive and Randolph Street. 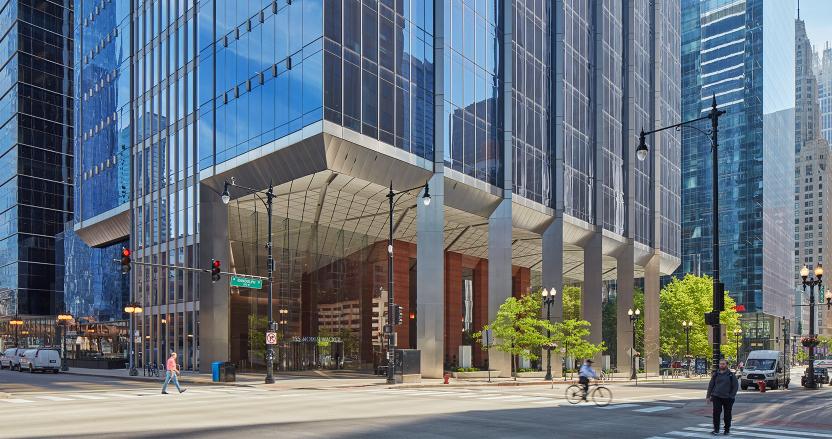 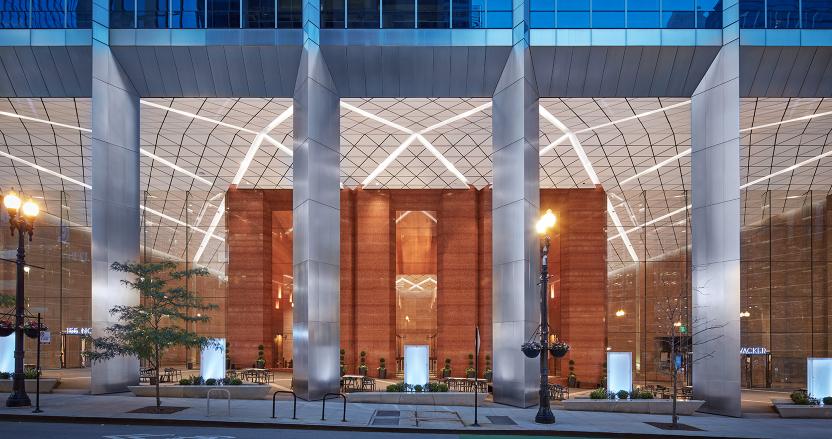 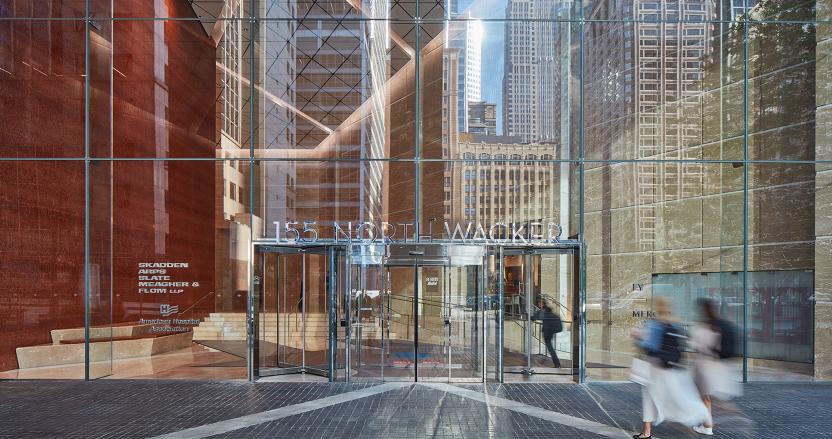 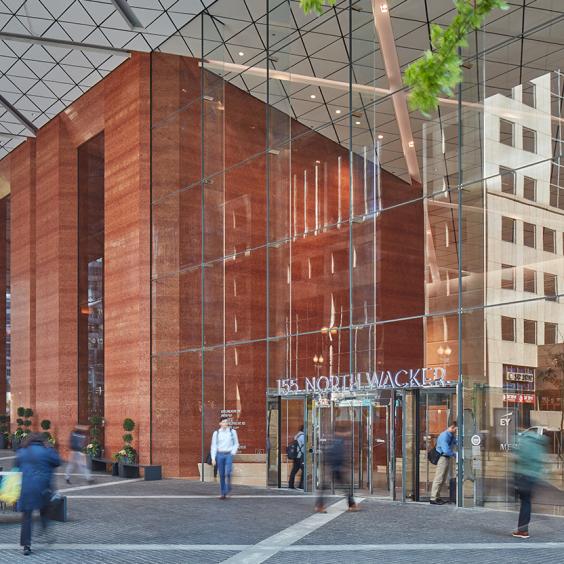 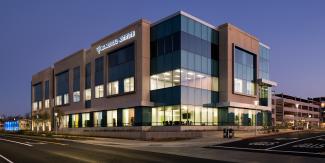 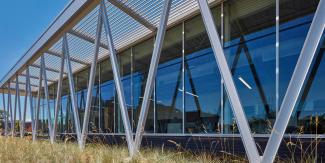